Today I want to show you what has been possible because of your help!
Heute möchte ich euch zeigen was durch eure Hilfe möglich war! 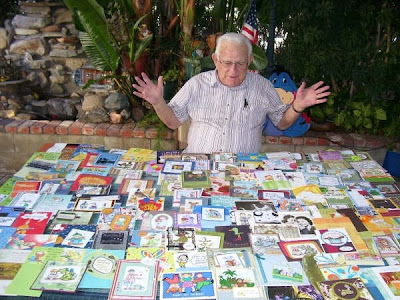 This happy and excited man is Tina's (the owner of High Hopes Rubber Stamps) grandfather. One month ago I asked you for help to bring happiness to Frank's life and to send him a card for his 88th birthday. My fellow High Hopes Design Team Divas also asked for help and it was a huge success. But read for yourself what Frank has to say :) 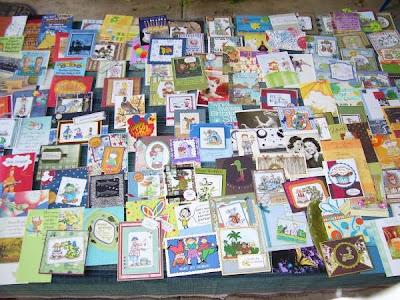 Dear Friends,
I am most grateful to all the people who took the time, effort, and expense of sending greetings for my 88th birthday. My son Frank initiated the idea abetted by my granddaughter Tina, that caused an avalanche of cards totaling over one hundred and fifty. I received 46 cards on one day alone!

Many were from relatives, but a great number were from people I have never met. Quite a number of different states were represented as well as many Canadian Provinces. Many customers of Tina's stamp and card business in other countries were nice enough to send greetings.
Represented were Australia, Austria, Canada, England, France, Germany, Iceland, Italy, Scotland, Switzerland, The Netherlands, and the Union of South Africa. All these were hand crated and showed effort and originality.

My heartfelt thanks to all who sent these many greatly appreciated greetings. They made this a birthday to be well remembered.
Sincerely, Frank White 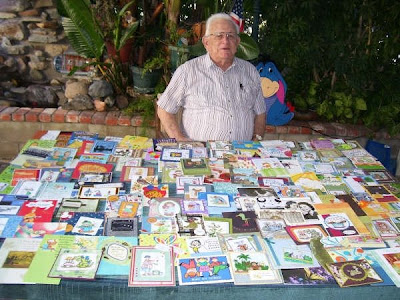 150!!! cards.... can you believe it. These were true cards for a cause and I am very grateful myself to know such kind and generous people who took the chance to help!
Thanks so much!!!!

~~~~~~~~~~~~~~~~~~
Thank you so much for visiting my blog and for taking the time to leave me a comment. I know best how valuable "time" is, therefore I appreciate your comments immensely.

I try my best to visit your blogs, to answer your questions right here in the comment section or via email. But you all know how stressful life can be, with two children, household and work. Sometimes, life doesn't go as planned.
Please bear with me!
Hugs
Katharina